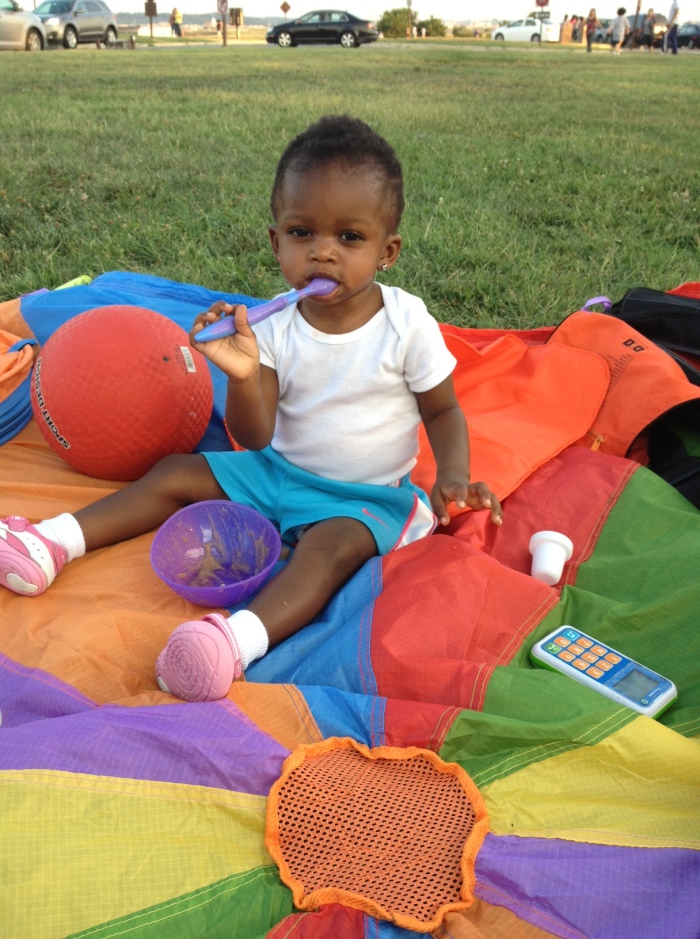 This is Ella. She’s an apple shy of two feet tall and that same apple short of 20 pounds. She’s my best friend. I took this picture of her Saturday at around 7:30 pm. I showed her the picture and she said “daddy… happy.” She doesn’t talk much and I’d never heard her use the word “happy” but as you can imagine, I was on cloud 9. Three hours later I was rushing her to the emergency room.

I’m not one for suspense so I’ll tell you that she’s doing fine. Ella woke in the middle of the night and while changing her diaper I realized that she was extremely hot. As it turned out, she was 103.5 degrees. Most notable, was her demeanor. She was extremely calm, serene even. She was responsive, cooperative, but mostly just sleepy. My kid’s cool had the same effect on me. It didn’t slow me down, I still put together a diaper bag, called and sent hospital directions to Ella’s mom, and alerted the emergency room to let them know that we were on the way (for the record, they didn’t care). Through it all, whenever I looked at her, she always returned my look with a reassuring one that told me everything would be okay.

My little buddy is home now. Her sub-100-degree temperature has returned and while she’s not out of the proverbial woods yet, her mother reports that she’s in high spirits.

Last week I was sick (I’m still not 100%). Not just regular sick -wiped out, can’t walk a flight of steps sick. While I normally don’t mind being sick, last week it got to me. My plan was to kick August off on a strong note. The Tough Mudder is September 8th and I wanted to use August to shed additional pounds and to increase my endurance. Last week I ran nealy 6 miles Sunday and followed that up with a swim on Monday, but by Wednesday August 1, I was a breathless, sneezy, congested, miserable, mucus-filled mess. Aside from a few days of work, Saturday was the first day I felt confident enough to leave home. 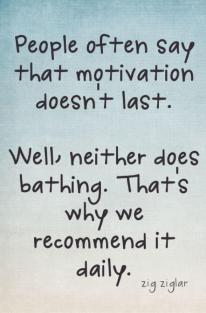 After getting some sleep and after Ella’s fever subsided, I took some time to think about the events of the last week. While getting sick is natural, Ella reminded me that acting sick is a choice. I was eager to put her lesson into action today. While I run weekly with a great group of runners, I considered not running this week, or maybe cutting my run short. I abandoned both ideas. Two hours before our run, it started to rain. Committed to the run, I smiled because I knew the rain was simply the universe testing my resolve. At 7:00 we ran; for the first time in years, I ran without my ipod – no play list, and no nike plus. I didn’t care about the points, and I didn’t want to get lost in music; I wanted to focus on the road, how I felt, and how blessed I am to be Ella’s father. 5.5 miles later, I peeled off my sweat soaked shirt and leaky, mud-caked shoes, but the smile I wore as I completed the trail/trial is still here.

Meatless Monday Dish: baby portabello and vegetable stir fry over brown rice. I added ground flax seed to the stir fry to add protein in the absence of meat.

3 thoughts on “The little things”